Edit
watch 01:36
We're Getting Mutants in the MCU - The Loop
Do you like this video?
Play Sound

Usually, the Devanagari Script is used in India and a variety of the Arabic script, called Nastaliq in Pakistan. Both communities use the Latin alphabet as well, especially online.

Hindustani has quite a few resources, most of these teach Hindi, with a minority offering Urdu as well. 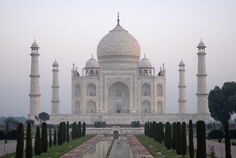 A full Devanagari orthographic chart for Modern Standard Hindi is available at https://www.easyhindityping.com/hindi-alphabet along with their Latin equivalents. The official transilteration scheme for Hindi is IAST but it is not used for general online communication purposes.

Hindi is an abugida language, which means the vowel is attached to a consonant in a secondary manner. Example - क् (k) + ई (ee) = की (kee). For online typing, a separate set of "dependent vowels" is available (ा, ि, ो, etc.) which when placed next to a consonant, attaches itself to the consonant to form one single character on selection. The order of letters in the alphabet is arranged so that the source of the sound keeps descending into the speaker's vocal cord.

Without any vowel attached to it, a consonant would make a sound similar to the 'u' in 'such' (अ), except for when it is the last letter in a word, in which case only the sound made by it is pronounced ('k' for 'क' instead of 'ka'), similar to when a 'halant' (्) is attached to it. Letters can also be conjoined to form single letters combining parts of the source letters, for example म् (m) + भ (bha) = म्भ (mbha).

In unofficial Romanization, some letters are written the same and their sound must be identified based on the word they are used in, which is purely based on vocabulary knowledge. 'ड' and 'द' are written with the same 'da'/'d' but their IPA transcriptions are 'ḍa' and 'da' respectively.

Hindi consists of two genders: masculine and feminine. Every noun, pronoun and verb is either one masculine or feminine. A common way of determining the gender of a word is to look for "ee" (ई) syllable at the end or close to the end of the word. If it is there, it is most likely feminine, and otherwise masculine. However, this rule is irrelevant for a lot of words like पानी ("paanii"/"water") which is masculine, and हवा ("hawaa"/"air") which is feminine.

Almost all Indo-Aryan and Dravidian languages have particular forms of politeness that is to be used when referring to a second- or third person. The use and choice of these forms depend on the social relationship between the people in question, and the situation.

Hindi is based on the subject-object-verb (SVO) structuring, which means the object in the sentence is placed before the verb. For example:

In some cases, the order can be shifted around and the sentence would still be valid. Such as:

This is truly a wonderful place.

which can be written as either

Hindi is the main language used in Bollywood and thus there are films with all levels of the language spoken in it. Starting with films of bad scriptwriting is recommended because they use simple form of the language like literary works.

Comics are not officially translated to Hindi (unofficial translations are of course available), but many anime and cartoon shows are available in Hindi dub and transliterated Latin subtitles. Although, original Hindi shows have more accurate dialogues which can convey the verbs and senses perfectly.

Community content is available under CC-BY-SA unless otherwise noted.
Advertisement